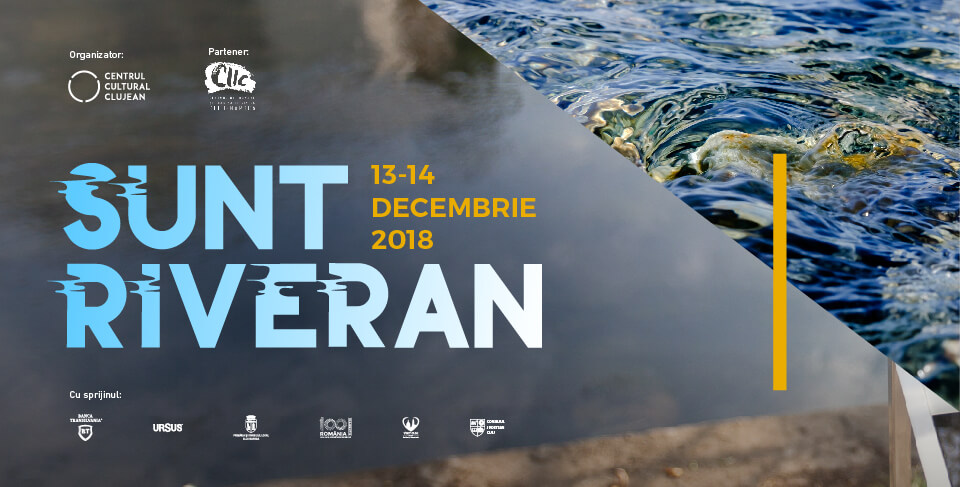 Managers of urban regeneration projects for Nervión (Bilbao, Spain) and Foyle (Derry, Northern Ireland) rivers are coming to Cluj on December 13th and 14th, in order to participate in the third edition of the Riveran project of the Cluj Cultural Centre.

The discourses of these two guests at Centrul de Cultură Urbană Casino and Universitatea de Artă și Design will provide the context for the discussion about the recently completed master plan for urban regeneration on the Somes river and the steps necessary for implementing with success this project, for a better life quality in the city.

For this, Cluj Cultural Centre proposes two public debates in partnership with the Center for Innovation and Civic Imagination of the Municipality. In the first one, the Spanish architects from PRÁCTICA Studio, who won the international Re-Thinking Someș Solution Contest, will present the final form of their project. The second public debate aims to redefine the role of culture in the urban transformation process and to redefine the activities of the Riveran project for the future years.

The agenda of the project is complemented by a series of guided tours on Somes and the launch of an open online platform that collects and makes available to the general public all the information and proposals on the Somes river from Cluj-Napoca.

Participation to the event is free of charge and is made exclusively on registration here.

Pablo Otaola is an urban planning expert. Between 1993 and 2000, he was the director of Ria 2000, the public company responsible for Bilbao’s metropolitan regeneration project. Pablo was also responsible for urban transformation projects in Europe and Latin America. The modern story of Bilbao, considered today to be one of the most innovative cities in the world, began with Ria 2000 project, through which were redefined the spaces on Nervión river and the relationship of the city’s inhabitants with it.

Ralf Alwani is the manager of Future Foyle, an urban regeneration project on the Foyle river in Northern Ireland. He is focused on both research and design regarding the relationship between art, culture, architecture and emotional well-being. Ralf has graduated architecture at the Royal University of Arts and is interested in large-scale urban interventions.

José Mayoral is one of the founders of PRÁCTICA, a Spanish studio of architecture that won the international Re-Thinking Some Solution Contest in 2018. He graduated the Technical Architecture University of Sevillia and he has a Master degree in Architecture at Harvard School of Design and was responsible of major projects in Switzerland, the United Kingdom, the United States, Chile and Spain.

Somes Walks with Urbannect support from 14:30 to 16:30 departure from Grigorescu Beach

Someş Talks with the support of the Center for Innovation and Civic Imagination and the Order of Architects from Romania, Transilvania Branch – Casino – Centrul de Cultură Urbană

Somes Walks with Urbannect support from 14:30 to 16:30 departure from Grigorescu Beach

Someş Talks with the support of the Center for Innovation and Civic Imagination and the Order of Architects from Romania, Transilvania Branch  –  Universitatea de Arte și Design (Casa Matei)